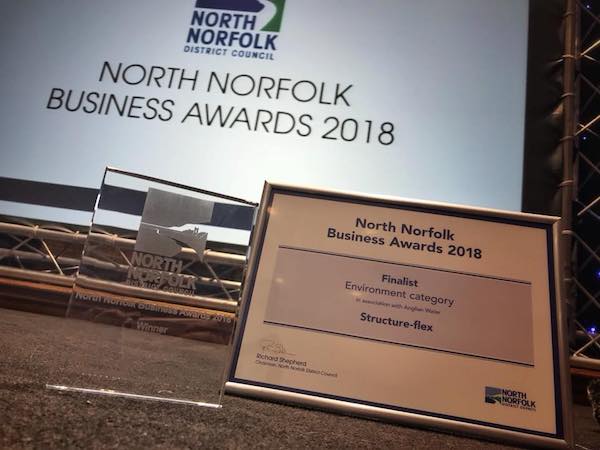 Structure-flex has scooped a Business Development and Innovation Award and was finalist in the Environment Award category in the first ever North Norfolk Business Awards.

The awards were organised by North Norfolk District Council and included a dinner at Gresham’s School, Holt, hosted by Chris Sargisson, chief executive of Norfolk Chamber of Commerce.

NNDC Leader Cllr Tom FitzPatrick said: “One of the main purposes of the awards was to promote the quality and diversity of the district’s business scene. Many thanks to all those involved with supporting the event, entering the awards and, overall, showing that we have a great deal to celebrate here in North Norfolk in terms of business success and ambition.”

Managing Director, Paul Reeve, who collected the award commented after the event: “The competition was very strong and we were pleased to have been chosen.” 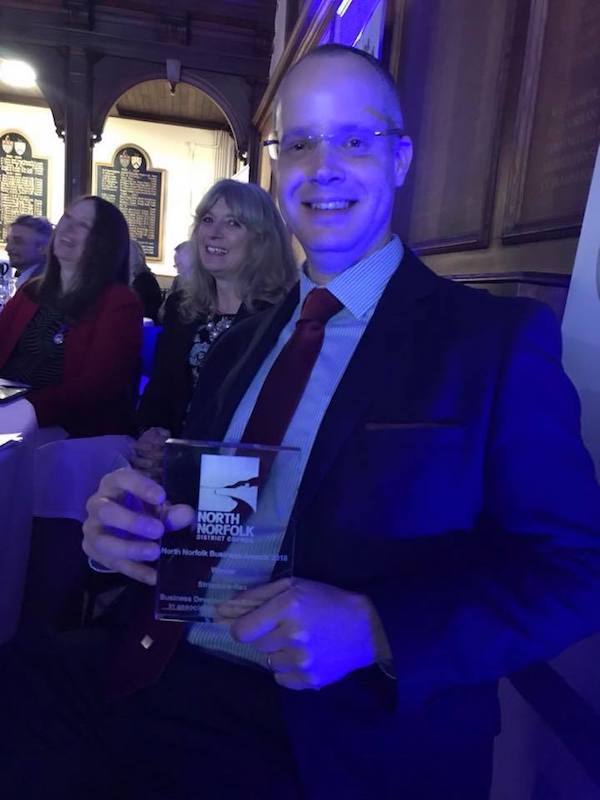 Structure-flex is not new to award nominations and was shortlisted in the Digital Printer Awards in 2015 and 2017 as well as winning a Queen’s Award for International Enterprise in 2014 for increasing its export sales by more than 250pc over the previous three years.